The Problem: Nesting turtles once had no trouble finding a quiet, dark beach on which to nest, but now they must compete with tourists, businesses coastal residents for use of sandy beaches. United States beaches, popular among humans and turtles alike, are now lined with seaside condominiums, houses hotels. Lights from these developments discourage females from nesting. If a female fails to nest after multiple false crawls, she will resort to less favorable nesting spots or deposit her eggs in the ocean. In either case, the survival outlook for hatchlings is slim. 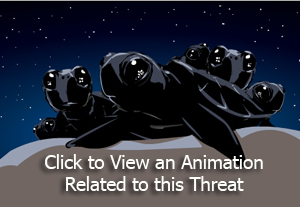 like a difficult problem to tackle, an estimated of all lighting in the United States is wasted. With an annual expenditure of about 30 million barrels of oil and 2 million tons of coal on unnecessary lights, the cost of the wasted lighting equals about $2 billion each year!